[Trans] Finally, today it’s the last day of filming. I don’t want to send Chi Soo away, but it comes to an end! Starting at night in Noryangjin!! Chi Soo goodbye!!!! Because of you, everyday has been a pleasant day for me. Guys, you are beautiful today~ 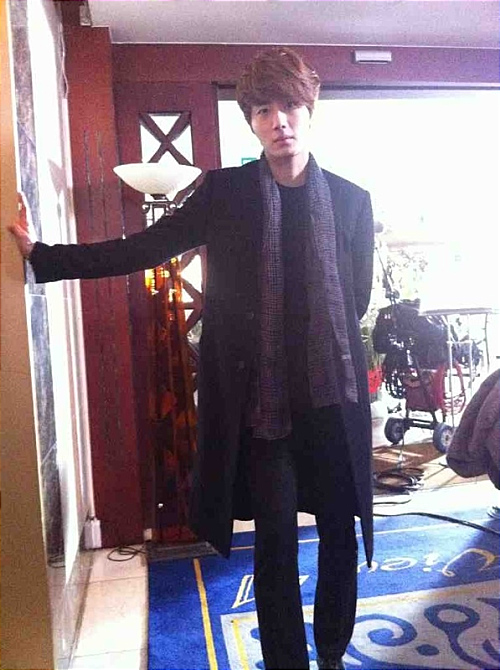 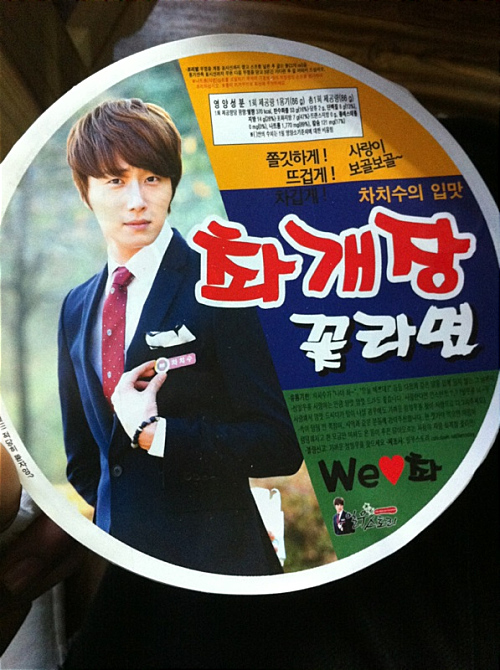 [Trans] Looking at Chwa~ a ramyun with my face on it?

END_OF_DOCUMENT_TOKEN_TO_BE_REPLACED

Jung uploaded the picture onto his me2day on November 28 with the message, “Hyo Jin nuna(older sister), Thank you! If there was no Yang Eun Bi, I would’ve said my line, ‘You’re Pretty’ to you. I’m looking forward to today’s Cool Guys, Hot Ramen.”

Gong, the talented actress from Pasta and The Greatest Love, made a cameo appearance on the November 28 broadcast of tvN’s Cool Guys, Hot Ramen. Reportedly, Gong willingly agreed to cameo on the drama, thanks to her friendship with Jung, the star of the drama. END_OF_DOCUMENT_TOKEN_TO_BE_REPLACED